Yesterday was Shrove Tuesday and in Scandinavia we celebrate this by eating semla.

Eating lowcarb the traditional semla is out of the question but I have had my eyes on this receipie for Semla cupcakes by Jills Mat for sometime, and now the moment to try arrived!

Take a look at Jills pic in the link above, hers are so much prettier than mine!

Jill has kindly allowed me to translate the recipie for you, and o’boy, you need to try them!

And no, it is not to late to try, the swedish bakerys start selling these a couple of weeks before cristmas and carry on until we are well over easter, so much for tradition 🙂

Start with the cupcakes

The original recipie calls for just mixing all the cupcake ingredients together but I did it more like a traditional cake batter by:

Melt the butter and let it cool down a bit. Mix with the yoghurt and set aside.

Beat eggs and sweetener until eggs are light and fluffy.

Then fold in the butter yoghurt.

Let batter sitt for a couple of minutes to swell, psyllium husk makes this happen.

I was out of cupcake liners so I made some from squares of grease proof paper. I wrinkled the squares and then flattened them again before putting them in my cupcake pan to coax them to stay down a bit better. 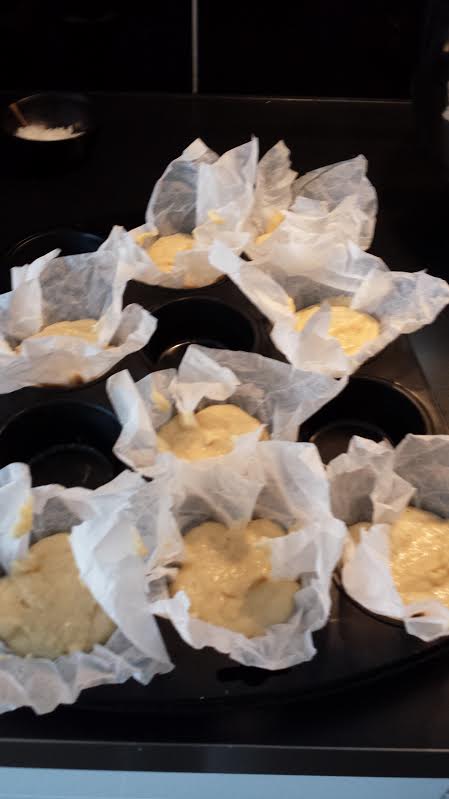 Bake until golden and a toothpick inserted in the middle of a cupcake comes out dry. This will be about 15 minutes.

The smell in my kitchen when I pulled them out of the oven! Divine! 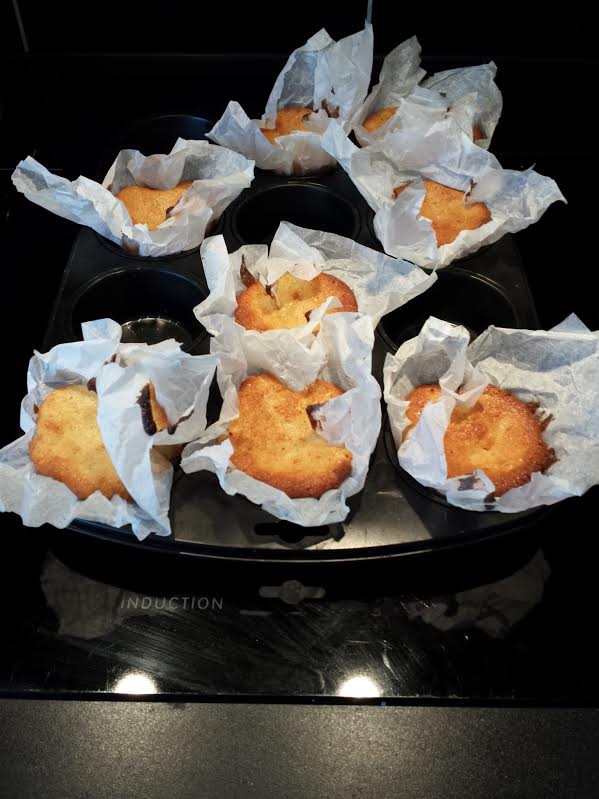 I had to try a cupcake fresh from the oven and I now officially have a new basic recipie for muffins and cupcakes! OMG, it was tasty!

For the almond filling blend almond flour, sweetener and cream to make a soft paste, it should be easy to spoon but just thick enough not to be runny. I needed quite a bit more cream than the recipie calls for. You could substitute cream for water if you wanted to.

Whip the cream until it forms soft peaks.

Cut your cupcake in half on the middle. Turn it upside down so the top forms the base.

Spoon on a tablespoon or two of almond filling, top with a couple of tablespoons of whipped cream and plop the top back on.

To make it pretty you can dust it with icing sugar sweetener. Or if you are like me, I don’t think a pinch of icing sugar will kill me so I dusted mine with a small amount of real icing sugar.

Voila, here is your very own swedish semla cupcake by Jills Mat! 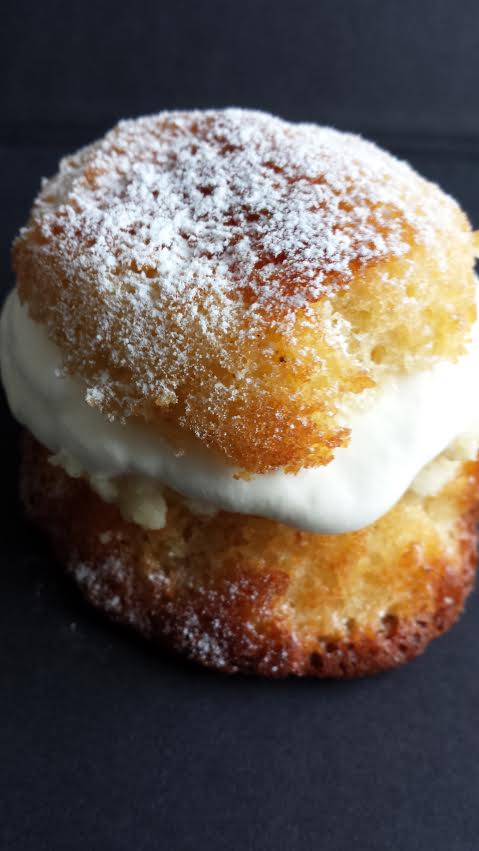 Confession: The one in the picture above is actually from my breakfast today…